Toccoa, GA and Jaemor Farms: a weekend of waterfalls and peaches

Which college / university can boast having a 186 ft waterfall on their campus?  Well, Toccoa Falls College can! 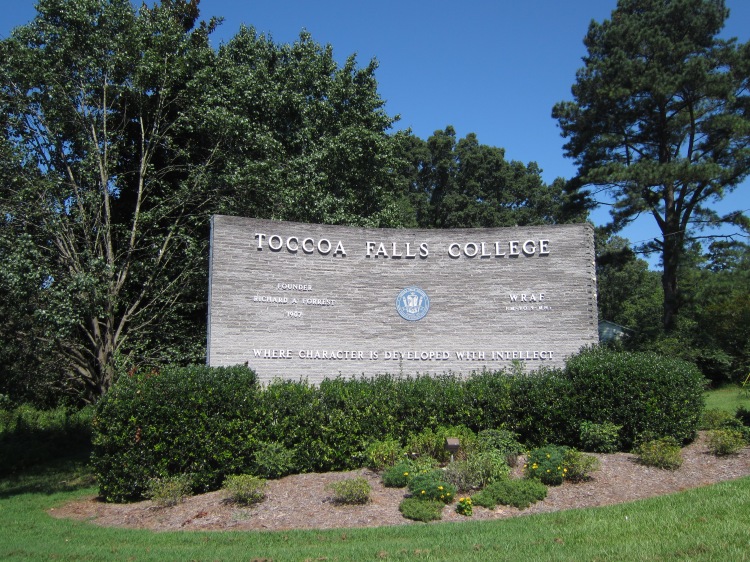 Last Saturday, Johnny and I drove 1.5 hours northeast from Atlanta to Toccoa, a small town on the border of Georgia and South Carolina.  The Cherokee Indians were definitely spot on for naming this region “Toccoa,” which means beautiful.

Visiting Toccoa Falls requires very little effort, but the payoff is definitely big.  Once you enter the gate of the college, follow the signs pointing towards the gift shop.  You can leave your car at the shop’s parking lot, then pay a small fee to see the waterfall.

A creek alongside Toccoa Falls

We only had to walk approximately 100 yards from the parking lot to the falls. Along the way, we stopped at a plaque that is dedicated in memory of the victims of the 1977 flood. On November 6 of that year, after almost a week of continuous rain, a dam located above the campus broke.  The water surge that it created swept away 39 people who were asleep in the early morning hours. 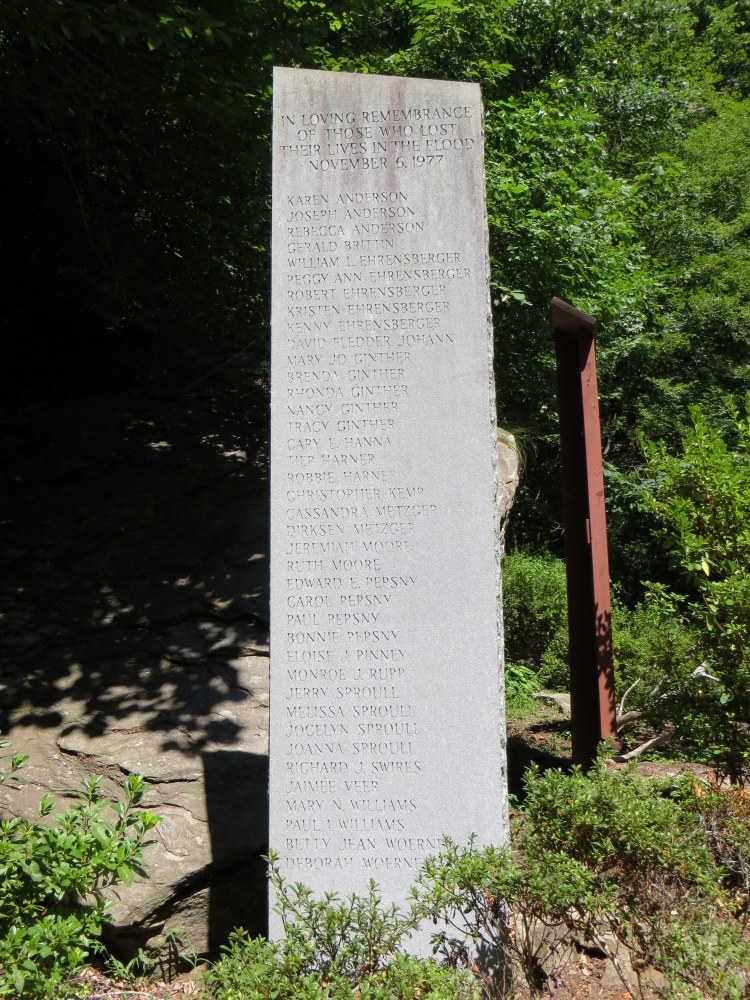 A memorial to those who died in the 1977 flood

Once we reached the base of the falls, we climbed through the rocks to splash around at the wading pool.  For the most part the water was quite shallow, but it did drop off deeper in some areas.

The top of the falls

The bottom of the falls

At a height of 186 ft, Toccoa Falls is one of the tallest in the eastern part of the United States.  I took this picture to compare the size of the waterfall to Johnny: 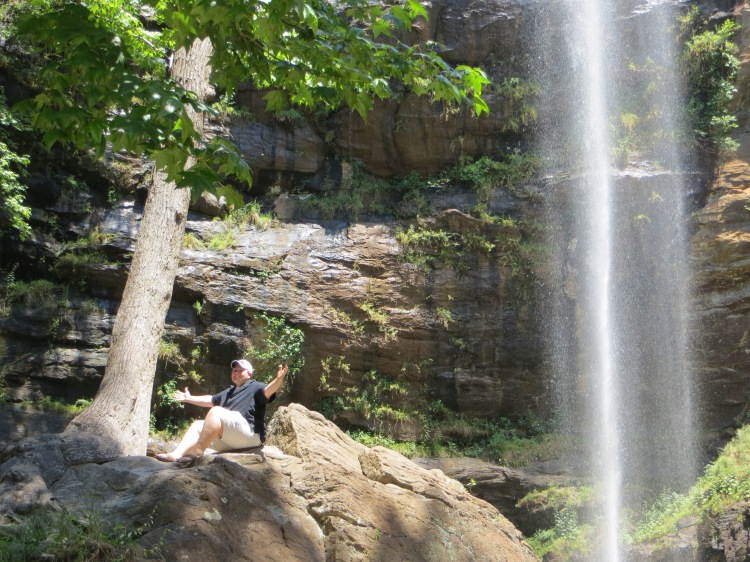 Somebody’s having a really great time!

After we finished taking pictures of the waterfall, we left and made our way to a local park called Henderson Falls.  It’s a nice place to have a picnic and take a break, especially with its location just 1 mile away from downtown.

Henderson Falls.  Not much water here due to the extremely hot summer season

This scenic park has a cascade and a small waterfall, nature trails, tennis courts, and a covered bridge. 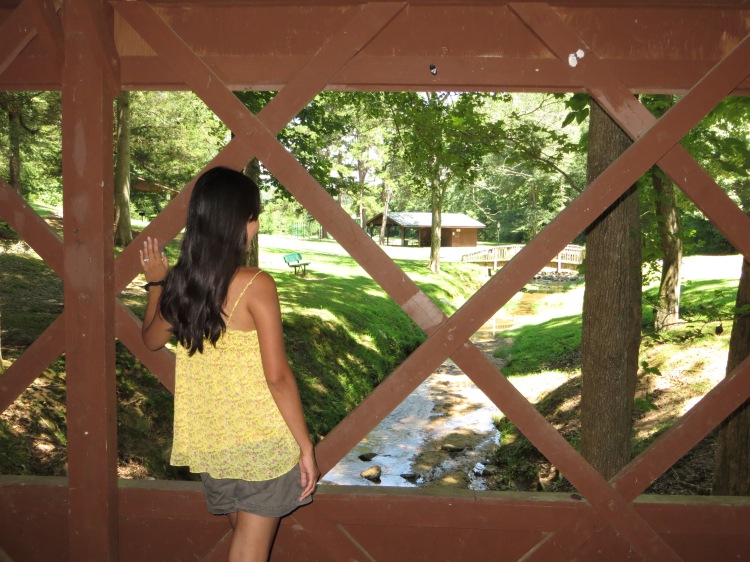 Looking out the bridge

We then made the short drive to downtown Toccoa, which was pretty much dead on a Saturday afternoon.  We would have loved to get some lunch here, but we could hardly find a restaurant that was open.  In typical Johnny and Nanette’s fashion, we did manage to take pictures of a cute mural and the old Courthouse. 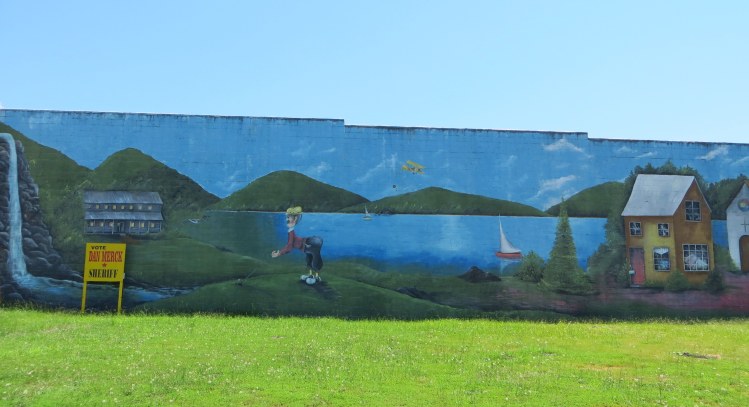 Having seen just about everything that Toccoa has to offer, it was time to get back on the highway and head back home.  However, what would a Georgia road trip be without a stop over at a farmers market to sample some peaches? 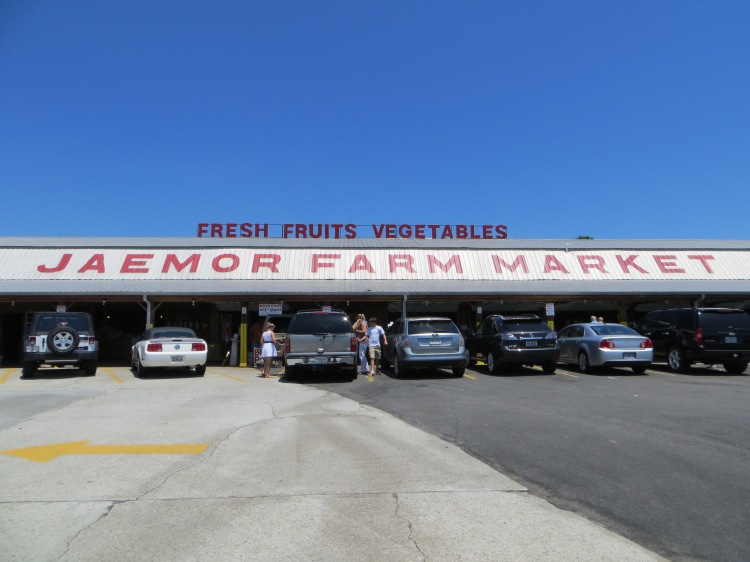 Along Highway 365 (Cornelia Highway) we found Jaemor Farms, a place abundant with the freshest locally grown produce.  Since we were craving for something cold and sweet, we stood in line to give their fried peach pie and ice cream a try.

After taking the first bite of the fried pie, I believe Johnny’s words were: “I could have eaten four or five of these!”  Meanwhile, the homemade ice cream has a unique taste that’s like a blend between sorbet and ice cream.  Later on, Johnny also enjoyed some muscadines and frozen muscadine cider.

Jaemor has their own BBQ house

Before leaving the property, we took a stroll through the apple orchard.  Seeing all the fruits made me want to come back in the fall when it’s apple harvest time.

And that concludes our day trip to the North Georgia Mountains. For more pictures, feel free to take a look at our Flickr album.

4 thoughts on “Toccoa, GA and Jaemor Farms: a weekend of waterfalls and peaches”