Watching the last sunset of 2011 on Anna Maria Island, FL

I was a little disappointed when Johnny and I did not get to take a little vacation for Christmas 2010.  There’s just something really special about being in a different place, and creating new memories during the most festive and wonderful time of the year.  At that time, we were saving all of our money to make it to the South Beach Wine and Food Festival in Miami.  Although it was worth the sacrifice, I did not want to repeat the same story for 2011.

There’s nothing that I love more in the winter time than escaping Atlanta’s miserable weather.  However, I hate the idea of flying in late December.  The last thing we need was getting all stressed out having to navigate a busy airport.  So, I came up with the “brilliant” idea of doing a road trip to Central Florida, where we could bask in the sun, and catch sight of manatees and mermaids (check out my previous post about Weeki Wachee). 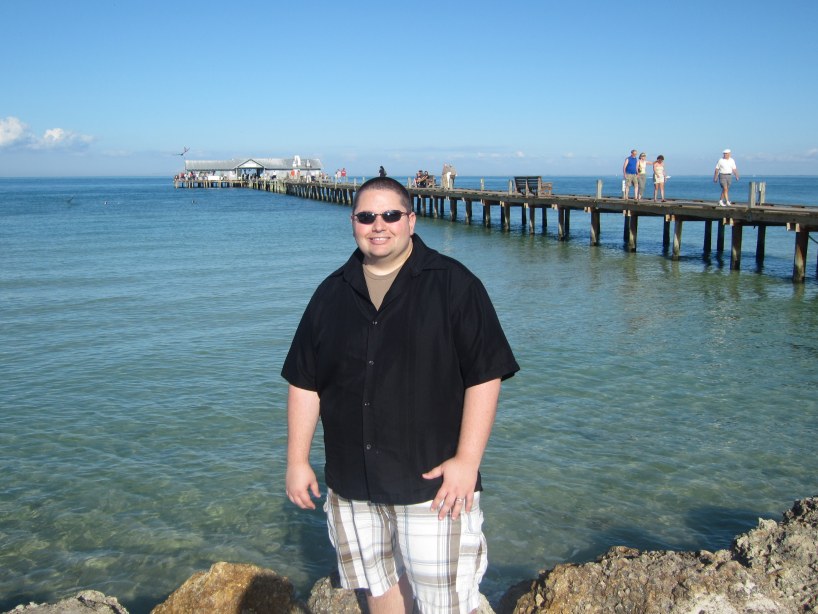 A trip to Florida is not complete without a visit to one of its many beaches.  Relaxing ocean side turned out to be a good decision, since I was feeling a little weak from my head cold.

I had read so much about the islands off of Florida’s west coast.  People said that they have the feel of the Caribbean, and are among some of the best places to view sunsets.  Since we were staying in Clearwater, it was quite easy for us to make the one-hour or so car-ride to Anna Maria Island.

We could not have asked for a more perfect day

When we arrived on Anna Maria, it was already around 3 PM.  After driving round and round the island in search of a parking spot, we finally found one by the historic Anna Maria City Pier.  We took a leisurely walk along the pier, which was originally built a century ago. 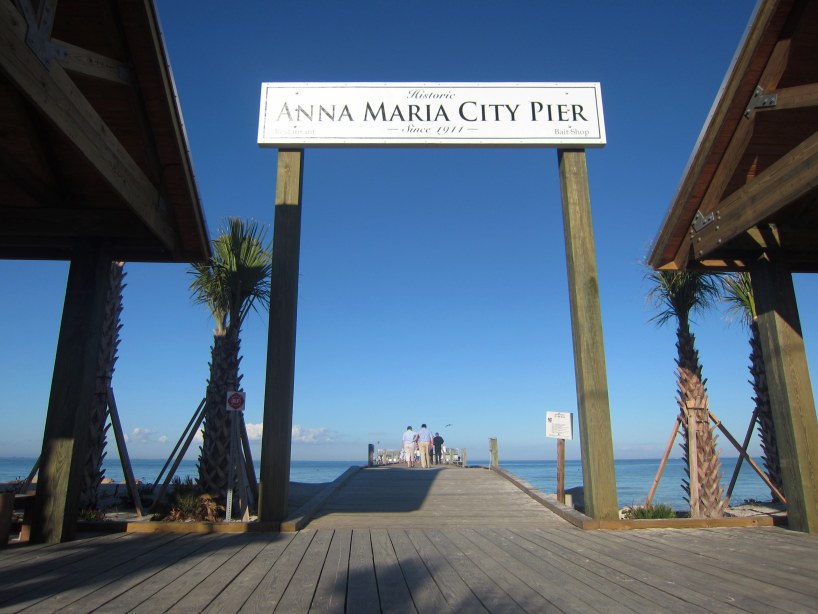 Boy, if it weren’t for the fact that it was New Year’s Eve, I would never have guessed that it was a December day.  The temperature was 76 degrees Fahrenheit, with very low winds.  This was my idea of paradise…  We saw plenty of people kayaking on the bay, and birds playing on the water.

Since we had not eaten anything all day, all that we could think about was getting food in our bellies ASAP.  At first we were going to eat at the restaurant at the end of the pier.  However, we left that place in under a minute after observing how filthy it was.  So we started walking back towards the island, and were lucky enough to find a table at Waterfront Restaurant.  Had we arrived 30 minutes later, we would not have been able to enjoy our early dinner, because they were completely booked for the evening.

Yes, I know I’m supposed to be writing and posting pictures of sunset, as the title of this post suggests.  But I must first show you what I devoured for my last meal of 2011: 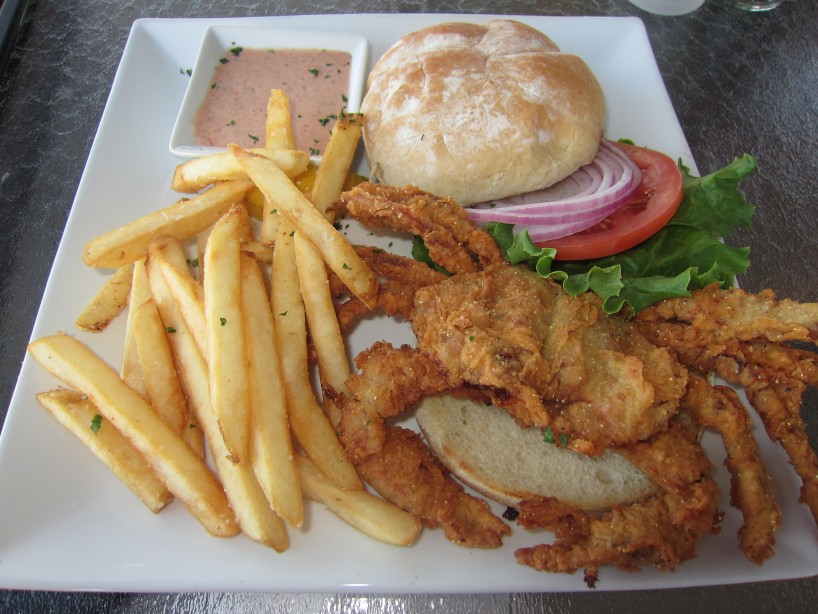 I didn’t need help finishing this meal. My stomach and I love soft shell crab.

Johnny ordered himself a plate of fish tacos, which was very delicious.  Meanwhile, why no one had ever introduced me to soft shell crab before this trip will always remain a mystery.  As an islander, I grew up spoiled eating a variety of fresh seafood dishes.  Combine that with a love for anything cooked in super hot oil, this fried soft shell crab sandwich could easily be on my list of food I would like to have before taking my last breath.  Okay, let’s not be that dramatic.  Being that I am obsessed with, and possibly have an addiction to food, as soon as we got to Atlanta the following night, I made a beeline for more fried soft shell crab at a Japanese restaurant.  As you can see, I closed the old year, and began the new one eating my new favorite dish.

I can see Johnny through the sea oats

Phew!  Let’s move on to the next best thing.  After dinner, we made our way to the beach.  This time we headed towards the Gulf, where we could enjoy seeing the sun set for the last time in 2011.  When we got there, quite a few people were already setting up their beach chairs and cameras.  The sky was clear, and the sun was shining brightly.

Footsteps on the sand

We definitely came at the right time, because the sun was slowly but surely inching its way into the horizon.

A wonderful afternoon for people and bird watching

We all need proof that I was there, right?

And then, in the blink of an eye, it’s gone for the day. 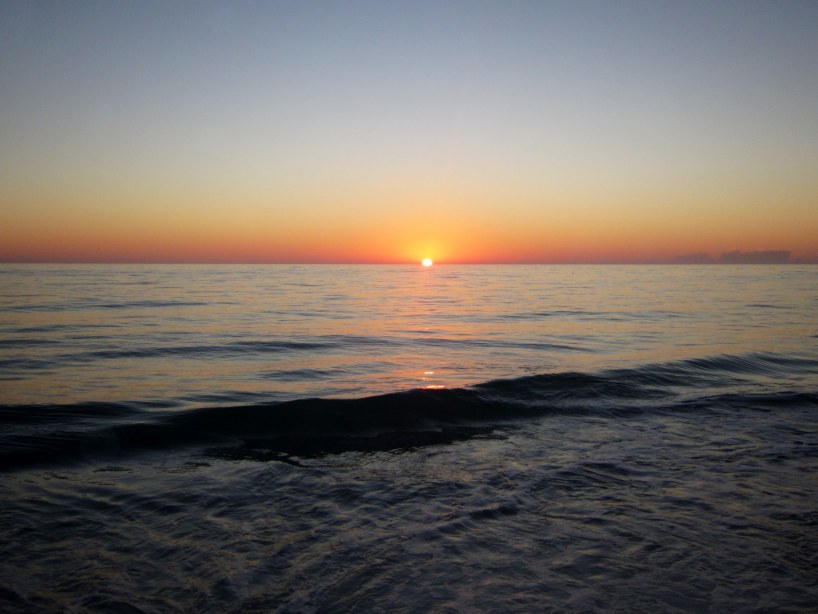 Catching the last glimpse of the sun, or matahari as we Indonesians call it.

The day is over

While watching the sun set was a spectacular event in itself, to me the most beautiful colors were captured right after the sun could no longer be seen.  It’s almost as if the sun refused to be forgotten so easily. 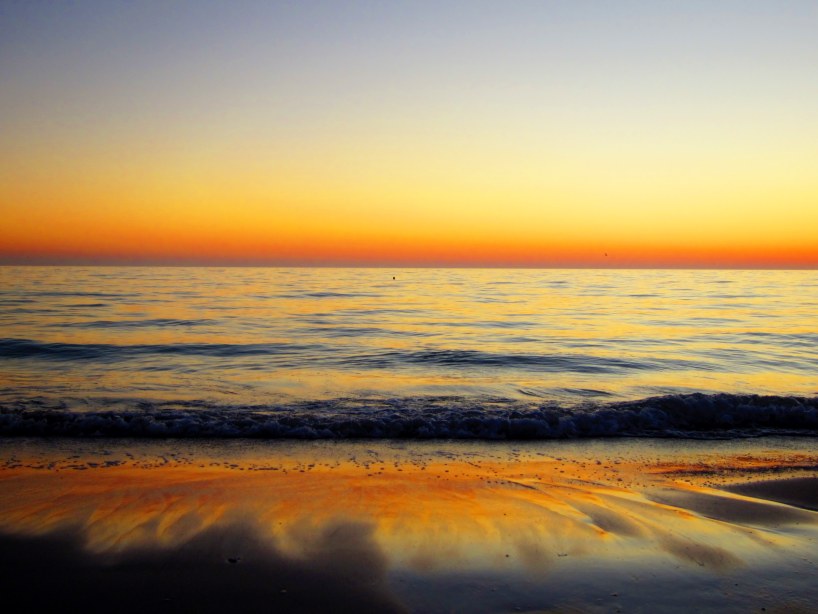 The colors of the sky were reflected on the wet sand 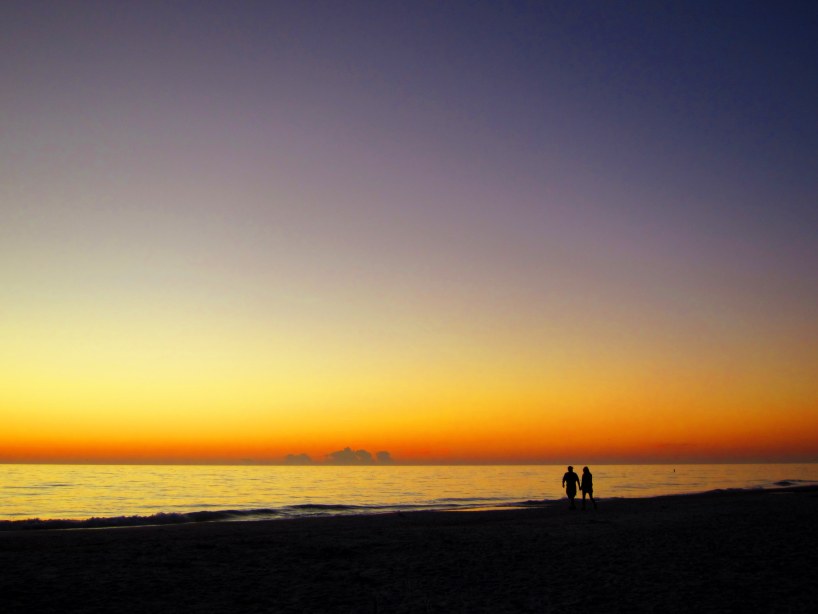 I will always hold you till the end

As darkness was closing in, we knew that it was time for us to go.  However, we kept looking back, not ready for all of this to end.

The sky was “painted” with a nice gradation of colors 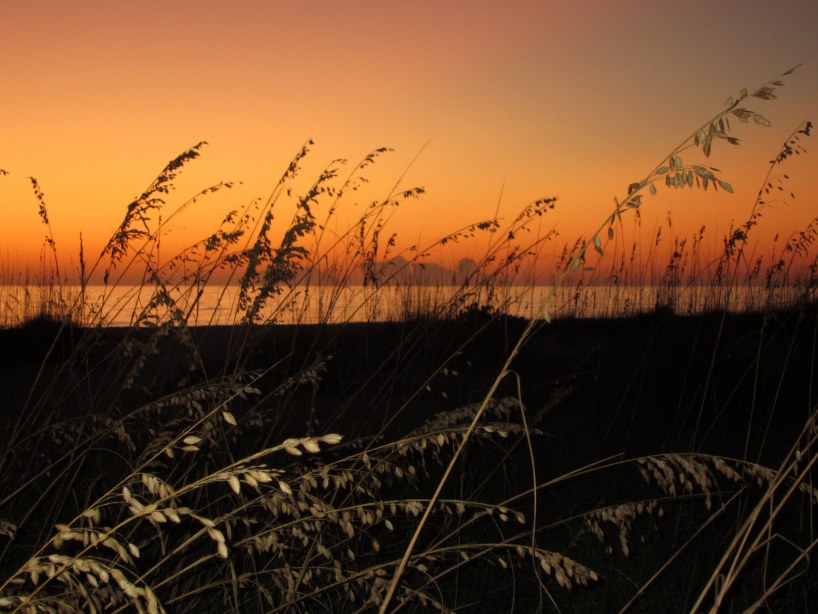 Nicely framed by the tree and sea oats.  The beauty of this Earth never ceases to amaze me.

Thankfully, tomorrow is a new day, a new year, and another chance for a new beginning.  While we hold the past close to our hearts, we look forward to turn the page, and unravel the next chapter in our lives.

10 thoughts on “Watching the last sunset of 2011 on Anna Maria Island, FL”